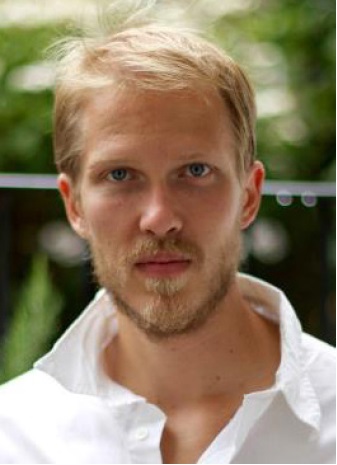 INTRODUCTION
The word Interface is used to describe the designed connection between one human and another human or machine. In academic research interfacing is seen as conceptual tool that allows for two things to be brought together in order for the collision to reveal important information about their relation. In both, contact is always mediated by the interface. In this way the interfaces act as both the glue that allows chimeric bodies to form out of disparate ideals as well as materials, and it is the barrier by which they can never meet. This duality challenges the notion that an interface has truth value. Critically engaging with interfaces reveals the we presuppose that we know what worlds are being connected by the interface. This is an ideal case, but in fact the interface obfuscates and hides the sides being connected because it acts as an intermediary buffer or translator between worlds without allowing them to come into direct contact with one another. The interface is therefore always about interpretation, and only through reading it this way does it enable the important new cognitive capacities it is often accredited to emerge.1 Interfaces of Wetness calls up morality and ethics in designing transparency into interfaces. Research shows that the interface can be made in a way that imparts health, and good feeling. Virtual spaces can be empathetical as well as educational, but when an interface exists as a stand-alone device between one person and the world, that person can never be certain that what they expect to be happening beyond the interface is really what is happening. Without questioning this relational asymmetry in a way that allows for both sides of the interface to be transparent and visible there can be no democractic socio-political interfacing, and the functionality of interfaces becomes a tool that is utilized to manipulate the embodied physical actions of users for the needs of power. This functionality of the interface to be present in a way without consequences perpetuates the cycle of violence in the local and international society. In my work Interfaces of Wetness I create a healing interface that controls a war machine.

THE PHYSICAL PARTS OF IoW
Three simple interfaces, 1) a ball, 2) a massage mattress, 3) virtual reality glasses and connected haptic controller. - Ceramic sculpture made from interlocking and connected parts. - Arduino - Mini-projector - Live GEM rendering and projection mapping - Drone strong enough to carry mini-projector and arduino - Words and poetry glazed onto the sculpture and extending from it on the floor like rays of black-light to create a geographical interface impacting the movements of the audience in the space but also interfering with the projection mapping through colour. ASSEMBLY To assist me in the Arduino I will hire one British artists and researcher from Goldsmiths University. I will personally make the porcelain sculpture and the GEM animation as well as the UX design of the interfaces. In order to make the ceramic sculpture, in order to fire the parts, I will need to work with someone similar to the Leeds based East Street Arts. The sculpture is glazed with a dark blue shiny emulsion and parts of the surface has been waxed with beeswax, the surface is sometimes smooth, sometimes textured and rugged and is waved and grated like crust.

WHAT IT WILL LOOK AND SOUND LIKE
The sculpture is in the middle of everything, on it, and from it, in all directions, writing extends the sculptures colours into the space where the three interfaces have been laid out in a particular configuration in relation to the writing that directs and instruct the use of the interfaces. The mini-projector and the Arduino is mounted on the drone. The drone flies around the sculpture, its flight is controlled by the interfaces. The three interfaces control different elements of the drone and are in relation to each other. The ball controls the flight motions of the drone, the massage mattress controls mechanical elements installed in the ball. The virtual reality glasses and haptic controller is made to feel and look like it controls the drones projection when in fact it only receives information. The projection uses motion tracking to project the GEM animation onto the sculpture. It projects a simple dotted pattern that is animated, this pattern moves and morphs according to the shape of the sculpture and these reflections take their forms from the glazes and surface preparations of the sculpture. The sound of the drone is the music, the interfaces with their written instructions act as electronic instruments and notation. The constant flying drone overpowers the audience in their play through machine like exactness and disturbing volume.

THE INTERFACE, VIOLENCE, AND WRITING
A technological interface can always be a tool of submission even when they allow for two way communicating. With the narrative written around this work in its visual presentation of search lights on a dark sea, I want to explicitly ask how many of the refugees that have smartphones and smart devices as their interfaces are truly invisible? I want the work Interface of Wetness to interface between the perception of the technology possessed by refugees from Arabic and African states and our relationship in obfuscating the truth through metadata analysis and interfaces themselves. I want to ask this because in February 2011 the Italian cyber security company Arena S.p.A sold the Syrian government signal intelligence operations and systems. Arena S.p.A deny that the system became operational because of the start of the war, but has agreed to pay a 100,000€ fine for the sale. [https://www.bis.doc.gov/index.php/about-bis/newsroom/press-releases/107-about-bis/newsroom/press-releases/press-release-2014/643-italian-company-agrees-to-100-000-penalty-for-unlawful-technology-export-to-syria http://www.zdnet.com/article/hp-we-didnt-know-our-tech-was-being-sold-to-syria/ https://www.theguardian.com/world/2012/apr/07/surveillance-technology-repressive-regimes] Whether one chooses to believe them is one thing, but considering the information available globally, it seems an undeniable fact that every person on earth with a smart or traditional phone device is being followed. In fact, based on this evidence I believe every single person running away from Afghanistan, Syria, Turkey, Libya, Ghana, all those who risk the Mediterranean have been meticulously followed through SIGINT as they leave, travel, and arrive. Technology as the interface in this relationship acts as a buffer to stop humans connecting with humans, and at the same time acts as the interface between humans and governments. Through the healing power of properly designed artefacts it is forgotten that asymmetry and truth does not yet exist on both sides of the interface.

Proposal for a Workshop
In my workshop I want to directly confront the UX designing community and local people interested in working with interfaces. In order to understand better ethical and moral implications of interface design, and to decolonize the cycle of violence embedded in the functionality of the interface. I propose a workshop as collaborative practice to create an interface that brings together politically and socially significant realities in London with municipal leaders and legal scholars. The interface, whether conceptual or a platform, would become a tool for London’s Burroughs to use in order to impact accountability and ethics of politicians choices directly. Only in this way, as a catalyst for transparency between two elements, rather than merely a hot spot of information, can the interface truly become useful.

How did you hear about us?
I heard about HIAP through the Fake Finn Festival.

Do you have any comments about the application form or application procedure in general?
Very pleasant.
Have a nice day!