Stephen Davies defines tablature as having ‘an iconic character’, by this he means that ‘the fingers disposition on the neck of the instrument is depicted’.5 He argues that this representation of where to touch the instrument is problematic because using instrument-specific notation is impractical. This is because ‘the specificity of the notation counts against the adaptation of the piece for other ensembles.’6

Continuing from Heel where I dealt with many scores signifying a single action Violino Piccolo is a sextet where each part interrogates the change that happens in the musical experience when the score is only available to the touch from the point of view of a notation which is specific to the body of a single instrument, the violino piccolo. The materials used for this work are cardboard, wood, and paper, these choices are made in order to critique the practicality Davies put forwards as a problem. The instruments consist of five parts which replicate the volumetric shape of the violino in different ways and one part which ignores its volume and presents echoes of the processes outline. 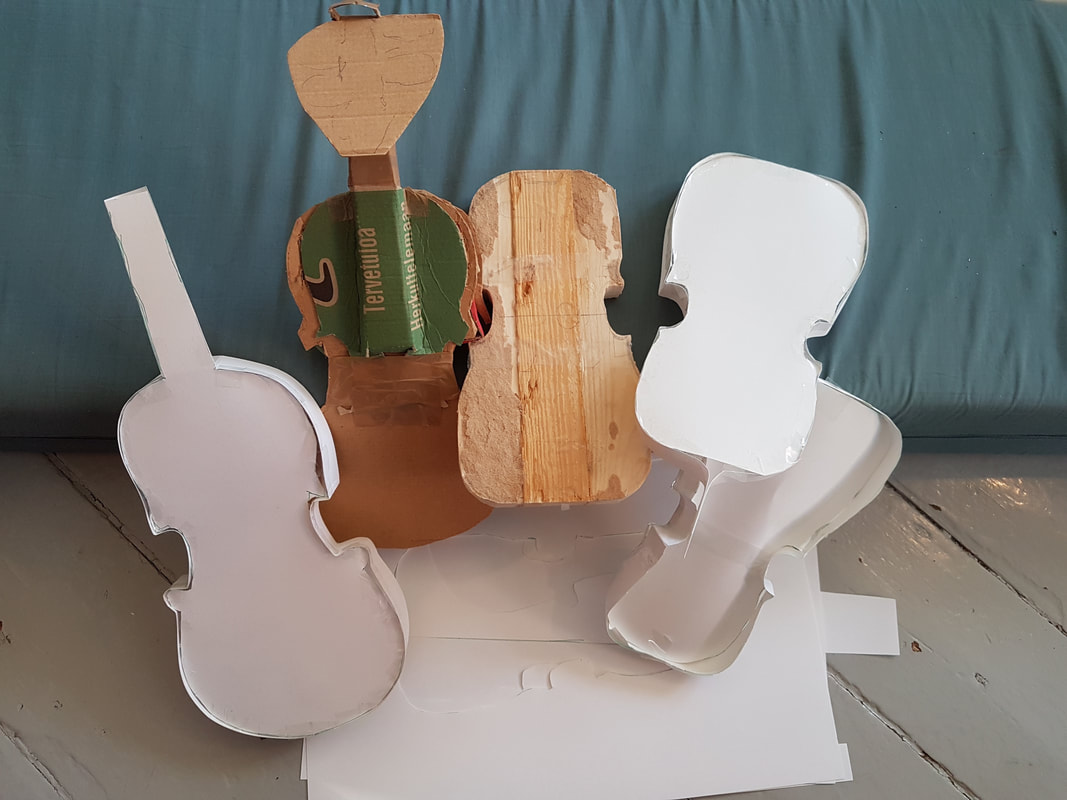 In this piece I am interested in the historical legacy of the violino piccolo, how it has been used in the past by Maurizio Cazzata in developing the violin sonata, and by J. S. Bach in the Branderburg Concerto No. 5 in F. While I took as my reading these historical developments of the physical body of the instrument the piece directly interrogates the question of notation for touch, not just its practicalities, but towards a notation that takes in the physical embodiment of playing the instrument. In order to interrogate touch as I move it, I devised a systematic method whereby I would create a tabulature in the act of playing. The playing which incorporates playing and notating simultaneously, maps out the movements of the fingers in color on a flat piece of paper.

Below are two solutions to mount types of fingerboards to the Violino Piccolo. The left shows how the cardboard is made to host prosthetics that act out a three dimensional mapping of the strings of the violino. On the right the time is mapped out by marking each touch by drawing or painting it onto the white fingerboard.
​Rehearsing this movement of the fingers I would get a feel for it and I would then map out those same movements onto the fingerboard of the violino piccolo.

On each of the pages below there are two movements so that each side of the paper has one, the colors blue and red represent the finger combinations 1-3 and 2-4, and the hands start from the top and move down towards the bottom of the page as they move two fingers on each succession.
I decided to use tape in order to see what was the difference I felt while moving. Then the movements were mapped out onto the fingerboard of the violino piccolo.
​​What can be seen in this work is how the study of music changes when the score is only available to the touch. What the score must take into consideration is not just that it is written on a piece of paper and uses a specific instrument, but that the score needs to embody a much wider range of parameters if historical and musical information is to be communicated via touch to the musician. The score and the instrument must start to fuse into a single artefact that embodies all the necessary knowledge in a tactus, a repeatable pattern which can be repeated as the instrument itself being mapped into new materials or the touches being notated being mapped onto new surfaces.

This process was informative also to the other works, especially it played a role in recasting my questions in Heel where a frustration in illustrating touch rather than describing it like it my Fourteen Times In Touch led to an exploring notation as it can appear between the bodies of sense. 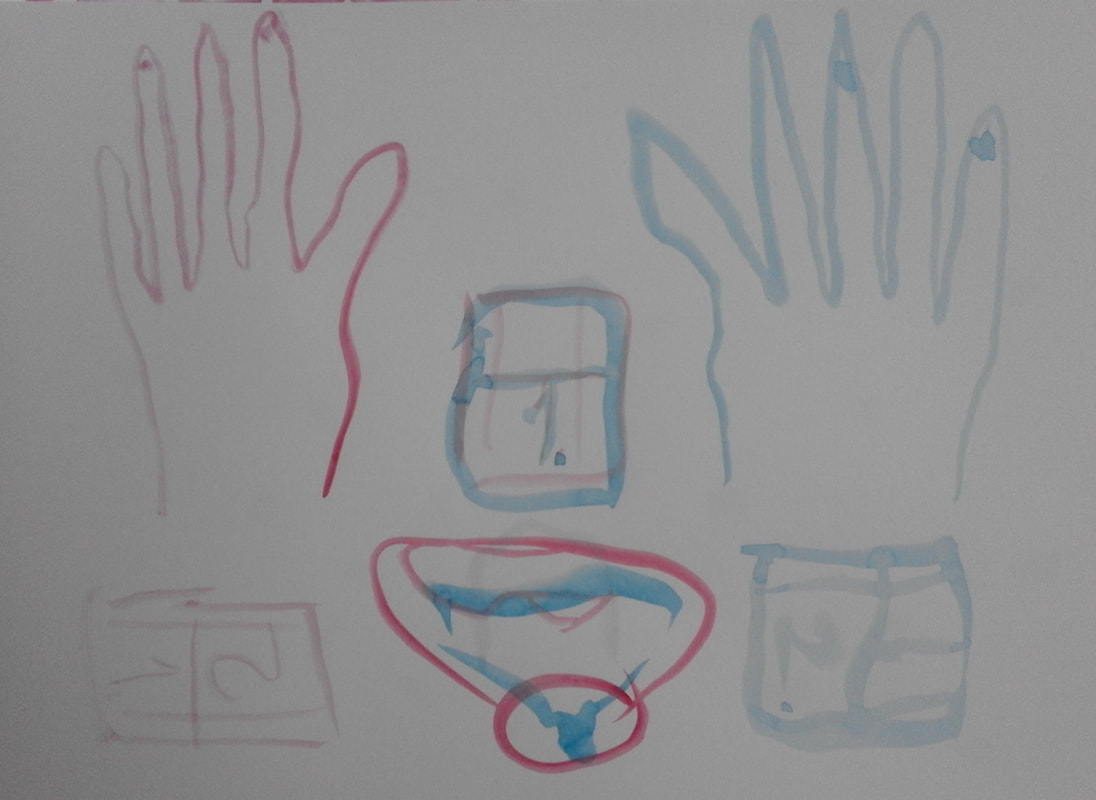 ​The second part of the musical structure was wood, the object it signals in musiking is the internal form of the violino piccolo. Unexpectedly this process resulted in two different shapes.
The final wooden form:
The paper parts were made by using the interior form, I soaked the paper and pressed it onto the shape and then taped it there until dry. After drying I took the molded paper strips and shaped them with the surface, which I had cut out before hand.

​This piece interrogates the sonic relationship between the violin and an object that can be recognized as appearing, perhaps iconically, as a violin. The argues against Peter Kivy, who says that tablature does not contain the music because it does not provide a full picture with which the mind can comprehend the music as mental sounds, he says:

A set of parts alone cannot give a picture of the whole, as can a score. A tablature is, indeed, a kind of score, for, unlike a part, it contains the whole composition. But it does not contain the music as a visible structure that eye and mind can translate into “mental sounds.” It is merely a recipe – instructions for the fingers – which, if properly followed, will result in a performance of the work.10

Thus not only is musical time and order mapped out onto and into the surfaces of the physical object but by overlaying materials and drawing or painting on them the order and placement of the touches become a process of sonic intentionality and sounding action, in other words a musical composition in touch contained within the created object.

Rather than changing the way the familiar touches of the original instrument sound by using modifications and preparations, the new instrument changes the touches, the feel, its materiality, and sounds of the original instrument while keeping its gestures. This reveals a de-habituation of actions and touch and the experience with the instrument first becomes about re-learning the sonic possibilities of the form of the iconic instrument and secondly about learning how to play a completely new instrument for which familiar gestures and touches are available and which cause flash-backs to a known object.